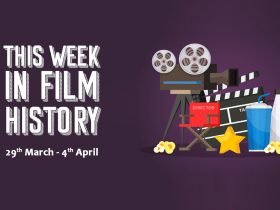 Russia: October 1917, the people rise up bearing the communist flag and bring an end to the Tsarist dictatorship, eliminating the bourgeoise and placing power into the hands of the citizens. Lenin, Trotsky and the rest of their cohorts create a new Soviet Russia, influenced by the writings of Karl Marx.
Thus began a new and ultimately dark chapter in the history of this infamously proud, anachronistic and tumultuous country. The insurrection initially led to a civil war between the ‘Red’ communists and the ‘White’ loyalists, resulting in a victory for the Bolsheviks and the annihilation of the remaining Tsarists. Soon, one dictatorship would be replaced with another and Stalin’s rise to power saw a blood bath of murder and treachery that is unequalled to this day, even by the Nazi regime that dominated Europe in the 1930s and 40s. As the self-titled ‘Man of Steel’ himself is purported to have said: “One death is a tragedy, a million deaths is a statistic.”

In the socialist regimes of both Lenin and Stalin, all types of media were exploited as propaganda. Posters, leaflets, books, magazines, newspapers and films were all employed to powerful effect, creating support for the totalitarian government and the communist way of life.
Common ownership, collectivism, abolition of religion and an unwavering hatred of all things deemed to be bourgeois, changed the face of Russia and eventually elevated the country to a new status as the world’s first communist super-power.
The government controlled everything and all things were collectively manipulated to serve the same ends; the building of a strong and powerful nation that denied outside influence, especially from the West.
In 1922, ‘Sovkino’ was created. This was a state cinema trust which controlled all film making. Any other form of film production was banned and the films made during this period under its subsidiary ‘Proletkino’, were propaganda vehicles designed to influence the thinking of the masses and promote socialist ideals.
One such film is ‘Battleship Potemkin‘. Released in 1925 and directed by Sergei M. Eisenstein, the film tells the story of a mutiny aboard the fabled vessel, in which the honest sailors rise up against their evil superiors, unhappy with they way they are being treated. This is represented in the film by the poor quality of food that they are expected to live on – rancid meat crawling with maggots. The sailors complain and show contempt towards the ship’s officers. This leads to the mutineers being rounded up on the deck and several of them are forced to face a firing squad. Their leader; Vakulnichuk, is killed and the ship returns to Odessa.

After the ships arrival in the harbour, the body of Vakulnichuk is mourned by the people of the city. A feeling of anger swells amongst the Odessans and there is a threat of a general uprising. This threat is dealt with harshly in an amazing and celebrated scene in which the Tsarist soldiers form a line at the top of a huge set of steps; they make their way down one step at a time and fire into the amassing crowd, killing men women and children in their path. This sequence is shocking and extremely violent, even by today’s standards. This is done to illicit an emotional response from the audience, defining clearly the evil characters and the good. The most shocking image in this sequence is that of a baby in a pram, free-wheeling down the steps, its mother having been shot in the back. This imagery was later shamelessly lifted by Brian De Palma, in his film, ‘The Untouchables’. After this massacre on the steps, the ship leaves port and other battleships in the region are ordered to seek and destroy the Potemkin and its mutinous crew. However, in a display of unity, the personnel aboard the other ships show solidarity by refusing to fire upon their fellow seamen and the picture ends on this note of camaraderie.

Eisenstein intended Battleship Potemkin to be a propaganda piece, but also an experimentation in montage and its effect on the audience. By cleverly portraying the sailors as down-trodden and disadvantaged, and using juxtaposition to portray the Tsarist commanders as heartless beasts who have an obvious lack of sympathy for their men, the films structure subconsciously draws sympathy for the working class mariners and in turn, paints the Bourgeois officers and the ship’s priest as evil tyrants.

One can imagine the power this film had, to influence political beliefs through this emotional portrayal. Nazi propaganda minister Joseph Goebbels cited the film as a masterpiece for this very reason. No doubt the Nazi party took a leaf from Eisenstein’s book when creating their own propaganda films during their evil reign of terror. The power that montage has to create these emotional responses from the audience is certainly thought-provoking. A pioneer of the technique, Lev Kuleshov, famously created the ‘Kuleshov Effect’. By shooting a subject with a blank expression and then cutting away to different shots, it was possible to ascertain that the audience were interpreting the subject’s emotional state, through the power of suggestion. By using the expressionless face and then jumping to a shot of a bowl of soup, the audience concluded that the subject was hungry. By using the same shot of the blank face and then jumping to a dead body, they deduced that the subject was sad or grieving. Thus the power of suggestion was affirmed in this clever use of editing.

‘Battleship Potemkin’ is rightly hailed as a cinematic masterpiece for its ground breaking use of montage. It is shot very well and bombards the audience with emotionally charged imagery, which gives a clear indication of the thought process behind this very communist portrayal of life. In its use of semiotics and propaganda, the film is a great example of the evolution of moving pictures at this time. The infamous massacre on the steps of Odessa is reason enough for any budding film enthusiast to see this tour-de-force of Soviet cinema.