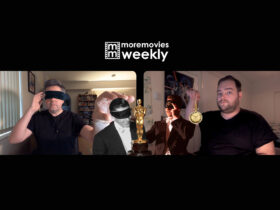 It’s good to cry sometimes. We get overcome with emotion sometimes and it’s good to get it off your chest. Some movies have an irrepressible heart and soul. They reach deep inside and generate such genuine human emotion and feeling, this is often why we love films so much. Whether from pure sadness, guilt, pride or happiness, great movies just bring on the tears.

Studies have also shown that people who cry during movies are emotionally stronger. You can read all about it in this brilliant article from Brightside. So we have picked out in no particular order, movies that have great emotional storytelling that will make you cry. With this in mind, if you have dry eyes after watching these, go see a psychiatrist.

This prison fantasy crime drama is often brought up when people talk about sad films, and rightly so. Tom Hanks stars as the head correctional officer in charge of the prison. But the real star here is the late great Michael Clarke Duncan as John Coffey. The Green Mile film received rave reviews upon release. The film is absorbing and powerful.

The story is that of a mentally challenged man on death row that seems to have some sort of healing power. As the staff get close and understand the human side of this gentle giant, so does the viewer. It is in the end scene where the film becomes intense and powerful. We finally see John put to death in the electric chair. After such an emotionally draining journey throughout the film, the ending has such an impact. It leaves everyone in tears.

The third movie in the greatest computer-animated franchise ever produced. Pixar has a knack for emotional storytelling. Many of their films could be eligible for this list. Accordingly, we picked out this film for its tearful ending. Toy Story 3 went beyond the usual realms of animation to land such a really emotional impact when the owner of the toys gives them away. Many people pick out the scene where we think the toys are about to be incinerated. However, the real emotional strainer of this movie is in the final few minutes.

It was powerful because the third instalment came out around 15 years after the first Toy Story. Most people who watched the original film as kids were going through a similar period in their own lives as the toys owner Andy by this point in their lives. The film is an ode to the end of childhood. For this reason, it sends a lump of nostalgia to the throat. We all had a friend in Woody, but now he’s gone….

This 1991 family movie was a smash hit on release. My Girl stars Macaulay Culkin, shortly after his massive break out starring in Home Alone. In this film he stars alongside Jamie Lee Curtis and Dan Aykroyd. Set in 1972, this coming of age story, set in a funeral home delivers twists and surprises throughout.

Best friends, 11-year-olds Thomas and Vada go through it all. The fun, the happiness, the pain, all in such an innocent and awkward way, that is so sweet. But in the end, Thomas succumbs to a terrible allergy and has his life snatched away all too soon. As a result, it all culminates in a painful ending. Pass me another box of tissues.

We thought we’d seen the most harrowing film about the Holocaust. The sublime Spielberg directed Schindlers List in 1994 dealt with the topic of the Holocaust with heart and style. But The Boy In The Striped Pyjamas explores another chapter of this dark part of history. The film focuses on 8-year-old Bruno, who has recently moved from Berlin to live near a concentration camp.

His father is working high up in the inner workings of the Nazi Party. Here, Bruno befriends a boy, through a barbed-wire fence, a prisoner dressed in Striped Pyjamas. Significantly, their friendship breaks through prejudice and the surrounding horrors. Moreover, it shows the beauty and innocence of children. In short, it’s hard to watch the earth-shattering heartbreak of the final scenes in this powerful film.

Bicentennial Man is a strange film. Released in 1999, this American sci-fi comedy-drama got panned by many critics. It never made its money back at the box office. But in later years people have been more kind to the film and it has become a cult favourite for some. The film stars the late great Robin Williams, as Andrew, an android servant to the Martin family. Williams is a master actor, who can pull at your heartstrings whilst also making you laugh like mad.

Throughout the film, Andrew seeks to become human, and embrace mortality. A modern day Pinocchio. Andrew acquires sentience, self-awareness and humanity over his 200+ year lifespan. He experiences everything that life has to offer. The movie explores themes such as slavery, prejudice, love, mortality and what it means to be human. Above all, it is powerful to see Andrew watch his friends and family die and see him seek to join them after having lived a long and full life. A real feel-good type of crying on this one.

A staple of American television when channels need to fill programming. Rudy is the classic underdog sports movie. The 1993 biopic is an account of the life of Daniel Ruetigger, as small ordinary boy from Illinois. He dreams of playing professional football, despite not being big, talented, or rich enough. But Daniel has determination. He claws and fights to get enrolled at the University of Notre Dame.
He works hard and eventually earns a place on the football team, showing up to every practice.

At first, he gets scorned, the coach never taking him seriously. But he soon gains the admiration of fellow students and the team. it all leads to the famous “Jersey Scene”. Every player on the team offers there spot to allow Daniel to play in the crucial final game of the season. The coach finally relents. A scenario is set up in the final game for Daniel to enter the field. He enters for the final play in an emotional and poignant scene. Great to cheer you up on Sunday afternoon, even with a few tears involved.

E.T. – the Extra Terrestrial epitomises the sci-fi blockbusters of the 80’s and is one of Spielberg’s best films. This 1982 classic was the definition of a special effects film. It held the title of the highest-grossing film for 11 years and is celebrated as one of the greatest films ever made. The story of young Elliott befriending E.T. – a visitor from outer space, is a heartwarming story.

It gets us feeling all fuzzy inside. This film is actually a clever study of humanity, prejudice and friendship. Famous for its bike flying scene, the gut-punch comes as E.T. must return home on his spacecraft at the end of the movie. The heart-wrenching scene between Elliot and E.T. is a sight to behold, with both sets of parents looking on. Where are those tissues, I’m gonna cry again…

And there we go, the 7 films that are guaranteed to make you weep!

These are some of our picks for the saddest movies that you should go and watch now. There is so many to pick from, it’s impossible to mention them all, and we tried to pick a range of films from different eras and genres. Do you think there is one that we missed out? Let us know in the comments below. And be sure to check out some of our other articles on the website and follow us on Facebook and Twitter.

Don’t be afraid to cry at movies!