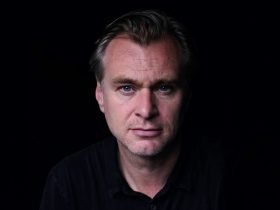 Loosely based on the 1967 novel of the same name by William F. Nolan and George Clayton Johnson, Logan’s Run is set in the 23rd century in a futuristic society in which everyone is provided for and life is idyllic inside a huge bio-dome city controlled by a central computer. Even reproduction is taken care of by a machine. There’s just one catch, anyone who reaches the age of 30 must be terminated.

At birth, everyone is implanted with a crystal on their left hand which changes colour over time and acts as a sort of life clock. Once you get to 30, it starts flashing red. These citizens are given a chance at “renewal” in a regular event called Carrousel, which is a strange and ritualistic ceremony that can only be likened to something like a roman amphitheatre, except instead of gladiators battling to the death, the participants in Carrousel are lifted from the ground and blasted into oblivion in a seemingly indiscriminate fashion. The idea that they will possibly be “renewed” is widely believed, but in fact a furtive fallacy. Anyone who attempts to avoid the Carrousel is deemed a “runner” and will be hunted down and terminated by a special detail known as “Sandmen”.

The central character Logan 5 (played by Michael York), is a sandman whose life is one long hoorah, as he and colleague Francis 7 (played by the excellent Richard Jordan), laugh and blast their way through a pleasure-filled, hedonistic, utopian lifestyle. They get whatever they desire, they do not question the authority for which they work and they dispatch “runners” whenever anyone decides to try and escape the Carrousel.

But what is beyond the bio-dome? What could possibly lie beyond the city? These kind of questions would be frowned upon within a strict and authoritarian society like this. However, there are rumours amongst the underground about a place known as Sanctuary. Somewhere beyond the confines of the dome where people can live beyond the age of 30 and even grow old. But, to Logan, these are just silly rumours, and to a zealot like Francis, these rumours would be heretical.

But, when Jessica 6 enters Logan’s life, he is confronted with an aspect of society that he knows nothing about and is initially very dismissive of. She wears an ankh around her neck similar to one Logan found on the last runner he killed. Soon he becomes aware of an underground movement, dedicated to helping runners flee the Carrousel and escape to Sanctuary. When Logan is tasked with locating Sanctuary and destroying it, the computer accelerates his life clock four years and it begins to flash. Logan asks if he will get the years back when the mission is complete, but the computer gives no answer.

Logan then becomes a “runner”, and he and Jessica 6 must try to escape the city and find Sanctuary, whilst being pursued by the sandmen and in particular Francis 7. There are lots of moments of danger and peril on their journey, but they eventually manage to find there way to the outside world.

This movie is pretty unique, although it can be grouped in with other dystopian scifi cult classics of the time such as Planet of the Apes (1968), The Andromeda Strain (1971), THX 1138 (1971), The Omega Man (1971), Soylent Green (1973) and West World (1973). Each of these films painted its own unique vision of a future human society that had fell foul of its own progress in one way or another and was at great risk of losing its soul to technology. Each of these movies poses philosophical questions and they also act as allegories for the ways in which we live in modern society. In the 1960s and 70s, the changing western culture and advancements in technology caused many people to question the direction in which society was heading, and this is reflected in the cinema of the time. Logan’s Run comments on the frivolities of hedonism and the perils of youth-worship. It places a value on the wisdom of age, the privilege of growing older and the beauty and simplicity of nature as opposed to the cold, calculated solutions provided by machines.

On the surface this film has dated in terms of its aesthetic and special effects, but at the time some of the techniques used were considered to be ground-breaking. This was era just before Star Wars changed the game, and some of the models and simple special effects used to tell the story will seem a bit silly now to modern eyes.

But I think Logan’s Run outlives its obvious timestamps and still has a lot of contemporary value. We can recognise a number of thematic issues that arise within the text as being applicable to the modern age, in which big tech companies, algorithms and abandonment of nature are consistently cited as some of the most pressing or controversial topics of our time. As far as cinema history goes, we can identify films such as the aforementioned Star Wars (1977), along with Blade Runner (1982) and Escape from New York (1982) as being direct descendants of Logan’s Run, in terms of influence, both aesthetically and thematically.

Looking back on this film now, one gets a sense of the past in terms of filmmaking, but also a sense of an as yet unwritten future, where we are still very much in danger of losing our grasp on the practical realities of nature and also of willingly falling headlong in to the trappings of a hedonistic culture, obsessed with staying young and capitulating to an ever-expanding artificial intelligence.

Did you enjoy Logan’s Run? What did you think of our review? Let us know in the comments!