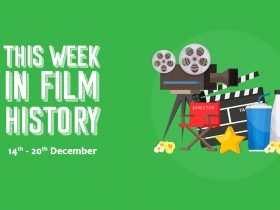 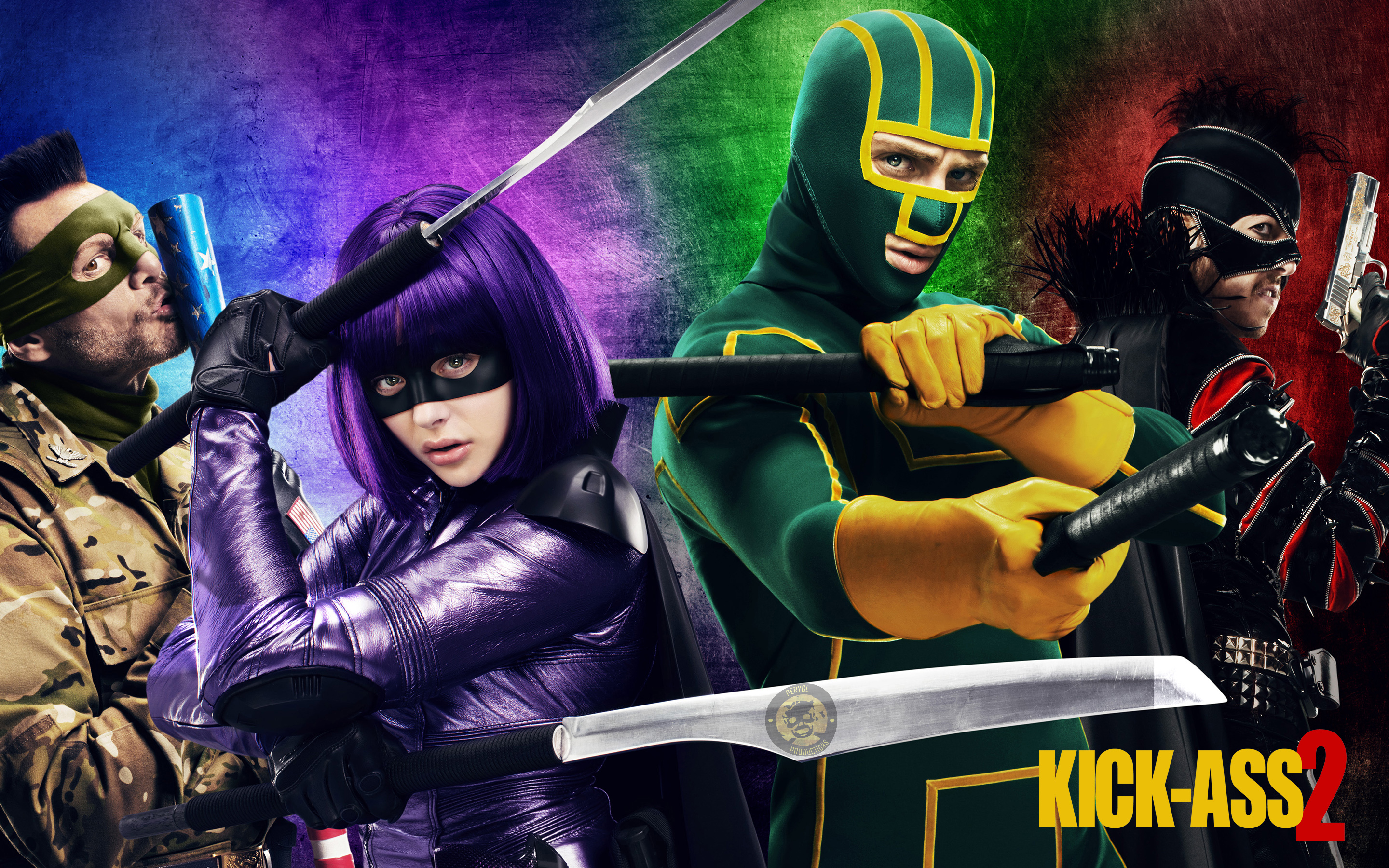 Following Iron Man 3, Man of Steel and The Wolverine, Kick Ass 2 is the fourth major Comic Book movie release of 2013. However unlike the previously mentioned films, Kick Ass 2 is set in a more realistic world that poses the question; What if somebody was to becomes a real life superhero? Unfortunately though, it is this aspect that causes the film to trip over itself.

Set sometime after the events of the first film, Dave Lizewski has hung up his Kick Ass costume but still yearns to become a proper superhero, so he gets his former vigilante ally Mindy Macreasy AKA Hit Girl, to train him. However, Mindy is having her own problems, her guardian Marcus, ex-detective and partner of her father, has made her promise to quit her life as Hit Girl and in addition to this she is unsuccessfully trying to integrate herself into normal teenage life. With Hit Girl out of crime fighting, Dave suits back up as Kick Ass and joins Justice Forever, a collective of wanna-be superheroes lead by Colonel Stars and Stripes. Meanwhile his old companion Chris D’Amico previously Red Mist has reinvented himself as The Motherfucker and is recruiting an evil army in order to kill Kick Ass and avenge the death of his father, whom Kick Ass killed in the previous film.

I thoroughly enjoyed Kick Ass 2; there is a lot to like about it. Watching Mindy try to navigate her way through high school’s bitchy in-crowd is fun despite the pay off to it being fairly lazy. Chloe Grace Moretz again proves to be one of Hollywood’s most promising young actors and as Mindy / Hit Girl she plays the insecure teenager and the pint sized crime fighter, superbly in equal measure. Aaron Taylor-Johnson also performs well in his return to the title role and the relationship between the two leads is one of the strongest aspects of the film. Mindy mentors Dave in vigilante heroics and vice versa with Dave trying to advise Mindy on the perils of High school.

The biggest new casting addition to the film is Jim Carrey and I am pleased to say he is excellent. As an ex-mob enforcer, now born again Christian and masked crusader Colonel Stars and Stripes. Carrey swaggers across the screen with his heavy wise guy New York accent providing some of the film’s best lines as well as featuring in two of the best scenes, one being the introduction to Justice Forever and the other being an assault on a pimping operation. The only criticism I have of the film in respect of his character is that he does not get as much screen time as he deserves. Controversially in June less than two months away from the release, Carrey withdrew his support from the film due to its level of violence in the wake of the Sandy Hook shootings. Without getting into a debate on the actor’s motivations in regards to his change of heart. It is a shame that Carrey has taken this stance as he is a beloved star of my own childhood and I personally believe this is his best work in some time.

The other stand out performance is Christopher Mintz-Plasse returning as the embittered Chris D’Amico and now not-so-super villain ‘The Motherfucker’. Ever since he shuffled his way onto the big screen back in 2007’s Superbad as Fogle with his cringingly awkward use of Ebonics, the actor has been contemporary Hollywood’s go to teenage dork. Decked out in his mother’s S&M outfit and hell-bent on revenge, D’Amico is pathetic, hilarious and very entertaining. His main attributes are his inherited wealth and criminal connections which he uses in his pursuit of super villainy. However, as enjoyable as the character is and despite Mintz-Plasse’s sterling performance, The Motherfucker is not a particularly strong villain.

Kick Ass 2 addresses this by D’Amico building his own evil army which mainly consists of a variety of gangsters in silly costumes who are given misguidedly racially insensitive names. This would be fine accept for the inclusion of Mother Russia, a Soviet She Hulk who provides the film with its most menacing antagonist and seems like a character straight out of the more traditional comic book universe.

This highlights my main problem with Kick Ass 2. I am willing to suspend my belief in comic book film, but Kick Ass is supposed to be set in a world more grounded in reality than that of Marvel and DC. Have-a-go heroes running around with guns and baseball bats is one thing, but a goliath of a woman ripping through numerous armed police officers with her bare hands is something else. The character is a bittersweet addition to the film, one that provides a much needed legitimate threat to the protagonists but unfortunately also serves to point out the uneven tone of the film’s setting. Kick Ass 2 can’t decide what kind of reality its world is set in. It is not the real world, but it is not quite as fantastical as the Marvel universe either. Kick Ass 2 wants to have its cake and eat it. By moving further from the realms of reality which provided the framework for the base concept; What if a real person decided to try and be a superhero? The film loses its defining attribute and drifts towards becoming just another superhero movie.

Despite Kick Ass 2’s indecisive tone, it is still highly entertaining. Jeff Wadlow who has taken over directorial duties from Matthew Vaughn handles the action well, aside from some ropey CGI during a freeway sequence. The film zips along at a nice pace and held my attention for the duration. The main cast are excellent and the supporting characters provide a lot of laughs as well. Colonel Stars and Stripes claims “I try to have fun. Otherwise, what’s the point?” Kick Ass 2 succeeds in being a lot of fun despite not really having much of a point.