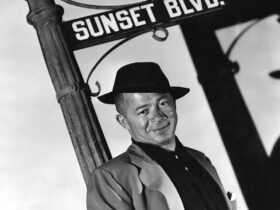 He was bold, brash and universally loved for his comic performances in Animal House (1978) and The Blues Brothers (1980). However, John Belushi’s career was cut short after a fatal drugs overdose at the age of just 33. In the 38 years since his untimely demise, his legacy has endured somewhat, considering his tenure as America’s favourite comedy son was short to say the least. The legend has lived on and is now celebrated in the new made for television documentary film Belushi (2020), directed by R. J. Cutler and featuring the voices of a host of Belushi’s acolytes, close friends and family.

Serving as an oral history from first-person participants, the film utilises interviews with Belushi’s high school sweetheart and long-term partner Judith Pisano, alongside his best friend and collaborator Dan Aykroyd and his younger brother Jim Belushi. There’s also a strong ‘supporting cast’ with co-stars such as Harold Ramis, Chevy Chase, Jane Curtin and Carrie Fisher all contributing reminiscences, anecdotes and inevitiably, their opinions. There’s insight from directors Penny Marshall, John Landis and Ivan Reitman, with stark opinions from Saturday Night Live producer Lorne Michaels whom Belushi did not respect or get on well with.

Belushi was raised in suburbs of Chicago in an Albanian-American family. His father a restaurateur was typically hard-working and emotionally distant as the young Belushi’s grew up. John dreamt of stardom and spent his youth performing comedy, music and acting as well as developing and writing ideas and works of his own that we would play out with his peers and cohorts. He was expected to enter the family business and eventually take over the restaurant from his father, but the desire to perform and create art proved too strong and he abandoned his pre-destined inheritance in the hospitality sector.

Higher climbs lay before the young Belushi and unfortunately higher times too. Having cemented a local reputation as a talented performer, John’s meteoric rise to success began to gain momentum at the start of the 70s when he spearheaded the National Lampoon’s radio hour which eventually led to exposure on Saturday Night Live as a member of the original cast. This in turn led to the aforementioned Animal House and a handful of movies that followed, some more successful than others. Needless to say, Belushi’s place amongst the new wave of youthful American comedy performers was solidified and his opportunity to carry on making movies into the 1980s and beyond was a given.

This film does a fine job of covering the rise and fall of this noted icon by using a mix of archive footage, still images and in some cases there are excellent animated segments made especilly for the film, that accompany previously recorded interviews with the subject. The editing and pacing are particularly slick and from the outset, one is thrown into the chaos of this colourful character’s world. As you would expect, there is no quarter of the man’s life that does not get scrutinized and we are presented with a real human being who had a typical amount of flaws and quirks. It would appear that full access was granted by Belushi’s estate as we are made privy to the contents of personal letters that he wrote, home movie footage and family photographs that I can only assume have been shown to the public for the first time here.

Ultimately, Belushi’s was a tragic life that culminated in alienation from friends and family and personal despair and lonliness. Despite his obvious drive and natural talent, John was unable to save himself from a terrible addiciton to heavy drugs, which eventually killed him at a heart-breakingly young age. Rather like the rock stars of the sixties and then later on the nineties, Belushi fits well into a category of tortured artist, taken from the world before their time. A man who lived a life of excess and paid the ultimate price. R. J. Cutler’s tender and revealing documentary is brave in its commitment to the truth , no matter how ugly that truth becomes. We are left with a stark portrait of a troubled soul who squandered the talent and love bestowed upon him in his short life. A good film that will be appreciated by fans of John Belushi and anyone who enjoys a great biographical documentary. Recommended.