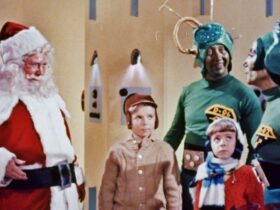 Leviathan [ li-vahy–uh-thuhn ]
noun
1. a sea monster.
2. any huge marine animal, as the whale.
3. anything of immense size and power, as a huge, oceangoing ship.
4. a philosophical work (1651) by Thomas Hobbes dealing with the political organization of society.

“No arts; no letters; no society; and which is worst of all, continual fear and danger of violent death; and the life of man solitary, poor, nasty, brutish, and short.”

Leviathan (2014) is a complex film. Much like its country of origin, it cannot be easily explained or understood. On the surface it is bleak, cynical and uninviting. Beneath this rough exterior there are many layers of history, religion, society and culture that must all be considered before we can fully appreciate the enormous burden of its whole.

Russia has always produced great artists, literary giants like Tolstoy and Dostoevsky, composers such as Tchaikovsky and Stravinsky, film-makers including Vertov and Tarkovsky; across all the arts this tumultuous nation has managed to defy censorship and released incredibly powerful and thought-provoking work, despite continued oppression imposed on its population by state authority. For the bulk of the Twentieth Century, the Communist Regime silenced any dissenting voices. Before that it was the Tsarist autocracy, perpetually influenced by the Orthodox Church. Today there is Vladimir Putin who maintains a vice-like grip around the country’s throat, and this being considered, it is all the more surprising that Leviathan was ever released at all.

This is a film that overtly focuses on the systemic corruption in modern day Russian society. The story follows Kolya (Aleksei Serebryakov), an out-of-work mechanic who is embroiled in a legal battle with the local mayor, Vadim (Roman Madyanov). Kolya is attempting to fight against a decision that will see Vadim expropriate the land that his house is built on. Having built the house with his own hands, Kolya is determined to keep hold of it and secure the home which he shares with his wife Lilya (Elena Lyadova) and adolescent son Roma (Sergey Pokhodaev).

Employing the help of his friend Dima (Vladimir Vdovichenkov), a Moscow based lawyer, Kolya is boldly defiant in the face of obvious corruption and attempts an appeal against a decision that will see Vadim become the new landowner. Despite his determination, the appeal is unsuccesful. Kolya is then arrested by the local police when his temper gets the better of him at the local police station. Dima attempts to use Vadim’s past against him, presenting the mayor with a file full of previous misdeeds that threaten to expose him as a true villain. However, problems are confounded when Lilya turns up at Dima’s hotel door and the two have an affair while Kolya is in jail.

Initially rattled by Dima’s veiled threat, Vadim seeks the advice of an Orthodox Bishop who reassures him that all power comes from God, and if God wills it, there is nothing that can be done to alter that will. Emboldened by this counsel, Vadim rallies his henchmen and sets out to assert his ‘God-given’ power over these irritants, who he considers to be no more than insects.

Kolya is released from jail, but the impromtu love affair between Dima and Lilya is soon exposed, when tensions are heightened at a picnic where the two adulterers are witnessed eloping by young Roma. From hereon in Kolya’s shattered world begins to crumble shard by shard. Vadim successfully scares off Dima, who returns to Moscow leaving Kolya and Lilya to face the abyss without him. Roma is traumatised by the events that have transpired and the relationship between him and his father becomes ever more strained.

Alcohol is ever-present in this story and Kolya slumps further into drunken morbidity when even more tragedy befalls him. Desperate for answers, he asks a preist that he confronts on the street, why God is punishing him. The preist replies that the biblical character Job also suffered great loss and upon accepting his fate, was rewarded by God with a happy and fulfilled life. However, Lilya disappears and when her body is discovered days later, Kolya is accused of murdering her and sentenced to fifteen years of hard labour. At the end of the film we see that Kolya’s beautiful house is demolished and in its place, Vadim has built an extravagant church for the Bishop. Within the church we see the Bishop delivering a sermon in which he states that the Orthodox Church will protect and guide its followers.

This desperate and unsatisying conclusion leaves one feeling at a loss for words. The reality is biting and extremely bleak. We have witnessed an innocent family torn apart and completely destroyed by misdeeds and corruption. The central character has more than paid for his own proclivities and we are forced to witness the death of righteous justice at the hands of those with the most authority and influence. Leviathan has a great deal to say about the current state of Russian society under the Putin regime. Those at the top wield omnipotent power and appear untouchable in their elevated positions. They even believe their own grandeur is God given and this excuses all of their despotic actions in that they actually believe they are enacting God’s will.

From an outside perspective as an audience, we witness the deep veins of corruption and the appalling results that are produced by it, and just like the characters within, we are helpless to change the outcome and must live with the knowledge that absolute power corrupts absolutely. There are no heroes here, only innocent victims and desperatley flawed characters. One almost gets the sense that this story is age-old and only happens to be presented here in a modern setting, as it has most likely remained otherwise unchanged throughout history. Although typically Russian in its depth and colossal impact, this story is international and communicates on a level that resonates beyond borders and individual cultures.

This is not a film for those seeking an entertaining few hours of escapism. Much like the aforementioned Russian literary figures, its content is serious and attempts to examine many problematic societal issues. Considering the current political climate in Russia, it is very surprising that Leviathan gained the exposure it did in the west. An Oscar nod for best foreign language film amongst a plethora of other accolades has seen it become a respected and greatly discussed piece of work.

It is certainly a film that any serious cinephile will want to see and credit must be given to director Andrey Zvyagintsev for his brave and uncompromising vision, which he adequately translates on to the screen via beautiful imagery and moving performances. A truly astonsihing work that will undoubtedly leave you with more questions than you started out with. Highly recommended.

That’s our review of Leviathan

Did you enjoy Leviathan? What did you think of our review? Let us know in the comments!