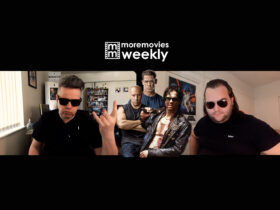 Steven Spielberg directs Meryl Streep and Tom Hanks in The Post, an American historical political thriller that details the unlikely partnership between The Washington Post’s Katharine Graham (Streep), the first female publisher of a major American newspaper, and editor Ben Bradlee (Hanks). The film follows the race for the Post to catch up with The New York Times in exposing a massive cover-up of government secrets that spanned three decades and four U.S. Presidents.

The plot is based on the actual events that occurred in 1971 in the publication of the infamous “Pentagon Papers”, a set of classified documents historically detailing the Vietnam War from as early as 1945 through to 1967. A massive event at the time that led to the later Watergate Scandal which in turn led to the downfall and resignation of the then most controversial president in history, Richard Nixon.

Hanks and Streep are joined by a stellar ensemble cast that includes Sarah Paulson, Bob Odenkirk, Alison Brie, Bruce Greenwood and many more. It is an excellent drama that explores not only the characters of the story who are struggling with everyday life, but also the political and social discussion around topics such as free speech, freedom of the press and the moralities involved. This film is layered and nuanced, furthermore, with Spielberg at the helm, the film has real humanity at its core.

The story starts in 1971, two years after Daniel Ellsberg (played by Matthew Rhys) stole the Pentagon Papers from RAND, an American think tank set up by the Government, focused mainly on military affairs. In the offices of The Washington Post, editor Ben Bradlee (Hanks) and heiress and owner, Katharine Graham (Streep), are talking about how to strengthen the newspaper. Particularly as she has only recently become the boss of the newspaper, and lacks the necessary experience, she is taking advice from veterans like Bradlee about how to compete within the ever-changing world of publishing. They recognize the importance of strengthening the institution by printing interesting articles about serious topics. How we all wish this was how journalists thought in this day and age. The beginning of the film focuses on these important topics. It explores these themes about the responsibility of the press and what their purpose is – to inform and educate. These early moments lend real weight to the plot points later in the film when things come down to the crunch.

Katharine is a complete socialite, who surrounds herself with the upper class, the political and business heavyweights who are friends with the people in power. She is, however, a timid and indecisiveperson, which effects the narrative throughout the movie, as she battles not only herself but Bradlee as well.

“A battle of consience and political consequence”

In some early scenes, we learn all about the background of the newspaper. We learn how they cannot seem to get the great scoops that The New York Times is often publishing on their front pages. We spend some time learning how they are about to launch a stock option to raise money and financially stabilize the paper. Then the actual meat of the story begins to cook. Katherine is faced with her ultimate ethical dilemma. Robert McNamara (played by Bruce Greenwood), a close friend and figure of considerable political weight, informs her that The New York Times has acquired classified documents – The Pentagon Papers – and they are planning on publishing them on the front page.

This news reaches the ears of Bradlee, who also decides to look for them to publish in The Washington Post. This story is the exact scoop he has been waiting for, hoping to rekindle the flames and restore glory at the Post. However, not only has he got to find the papers, but he also has to contend with the indecisive Katharine, who is weighing up the possible political consequences if she approves the print.

“the film puts a lens on the attitudes of the time”

Throughout the first portion of the story, the film puts a lens on the attitudes of the time. Although a powerful woman in a privileged position, Katharine’s story is one dealing with embedded sexism, regardless of where she is standing. She is surrounded by macho men, spieling inane sexist comments whilst treating her very condescendingly. Meryl Streep brings a fantastically measured performance, portraying Katharine as a vulnerable woman who transforms into a stone-hardened leader who thrives in a masculine environment. 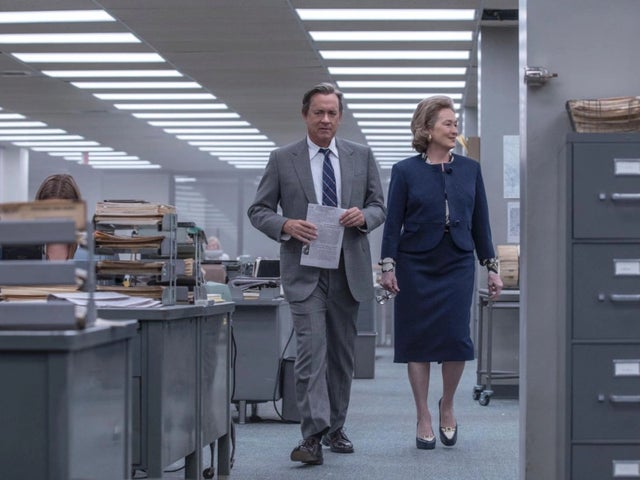 Tom Hanks and Meryl Streep vs the real Ben Bradlee and Katharine Graham.

Back in the office, Post assistant editor Ben Bagdikian tracks down Ellsberg, a former colleague, as the source for the leak. Ellsberg provides him copies of the same material given previously to the Times. Hand-picked Post reporters pore over hundreds of random pages, searching for new headline stories.

Here the battle begins. During the whole fiasco of finding the papers, an embargo was placed on The New York Times, preventing them from publishing. In one corner, we have The Post’s attorneys advising against publishing in case the Nixon administration file criminal charges. In another, away from the scene, Katharine is wrestling with her conscience. What is right to do and what could the consequences be? In another, is Bradlee, backed by all of his staff. He is adamant, they will find a story, and they will go to print.

“fighting for the freedom of the press”

Hanks, as always, plays a sublime role here. Ever strong and imposing, cursing away in the front of a scene, he does it with weight and passion that is believable. He does what he does best and gives a natural performance for us to enjoy, without ever taking us away from the little universe that the film inhabits.

Bradlee tells Graham that their politician friends abused their friendships by lying to them; her friendship with McNamara must not be a factor in a decision whether to publish. The situation intensifies when the Post’s lawyers discover that Bagdikian’s source is the same as the Times, possibly putting Graham in contempt of court and potentially destroying the newspaper and her family’s ownership and legacy.

Nevertheless, despite all the misgivings, through much mulling, many discussion and soul searching for the characters, they push forward. As Graham says, “let’s do it”.

In the end, many local, smaller newspapers join them in a campaign of publishing these stories as they end up in court battling the legal challenges, fighting for the freedom of the press, a battle that of course ends up in victory. The whole situation increases the reputation of The Post, as it establishes itself as a serious and significant journalistic institution.

The film is beautifully shot as to be expected from a master like Spielberg. It is, however, particularly impressive how intricately the staging is composed, in small set environments, such as offices, living rooms and restaurants. Every frame is precise and never feels forced – it is this tremendous naturalistic instinct that makes Spielberg stand out from the rest.

The story is tight and compact and performances compelling throughout. The film moves with a great pace once the introductions are out the way, to tell a compelling tale many may not know, or maybe have simply forgotten. It is an important story not to forget, especially in the age of misinformation we curreently find ourselves in. We may once again come up against the machine. The battle for freedom of the press, to expose what our government institutions are doing, will forever be paramount. The Post explores these themes eloquently and in an entertaining fashion.

Another strong film from Spielberg, and highly recommended for anyone who loves political thrillers. Furthermore, as an interesting note, the film ends with security discovering a break in a Watergate Hotel and Office Building. The film neatly leads straight into All The President’s Men (1976), a film all about what happens not long after this, again involving the Nixon administration and The Washington Post. More Movies writer Lyndon Mytton recently reviewed All The President’s Men right here, which is also worth checking out.