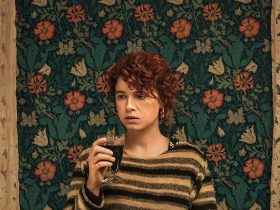 If you have never seen a Wes Anderson film, then you are missing out. His quirky movies are easily identifiable and his body of work stands out as a unique and distinct cinematic voice. In each of his films, Anderson creates a world all of his own. Much like his contemporary Quentin Tarantino, Anderson often writes his own screenplays. He also uses particular actors that have become synonymous with his work, he emphasises peculiar dialogue, loves to use familiar yet unsung music in each of his films and has a particularly stylised backdrops that pay tribute to the genres he loves, whilst simultaneously inventing one of his own which is exclusive to his productions.
Anything even mildly similar would be likened to his own wacky style. Perhaps it is here that the comparisons with Tarantino cease. The themes and topics dealt with by Anderson are a far cry from the seedy and overtly violent world that QT regularly explores. Wes tends more towards existential problems, family dynamics, broken relationships and the search for self-worth.

Here’s an advert for American Express directed by Anderson which playfully sums up his oeuvre to date. Read on to discover our five favourite Wes Anderson movies which are listed chronologically…

Featuring an all-star cast that includes Gene Hackman, Gwyneth Paltrow, Ben Stiller, Bill Murray, Luke and Owen Wilson, Danny Glover and Anjelica Houston, The Royal Tenenbaums is a tale about a family of misfits that have never shared a strong bond, yet yearn for a deeper connection.

Hackman plays Royal Tenenbaum, an ageing grifter who seeks to re-establish a relationship with his ex-wife and now fully grown children, by appealing to their better nature and telling them he has terminal cancer (which he does not!). The Tenenbaum offspring are all former child prodigies who are struggling with depression for various individual reasons. Stiller plays Chaz who has just lost his wife, Luke Wilson is Richie, a former tennis star that is suffering with bi-polar disorder and Paltrow plays Margot, a playwright who is experiencing an unhappy marriage.

This colourful comedy is often poignant and sometimes quite dark. The laughs are absurdist and dry, and the themes explored cover everything from incest to systemic racism. The characters are awkward and idiosyncratic. There is no clear hero and no out and out villain. In getting to know the Tenenbaums, we cannot help but compare and contrast our own experiences and feelings when it comes to love and family.

This deep sea adventure is a tribute to famous French Oceanographer Jacques Cousteau and to the wonderment of childhood dreams. Again, Anderson creates his own version of the world in this odyssey about parenthood and abandonment. Regulars Bill Murray and Owen Wilson star in The Life Aquatic with Steve Zissou, a story about an outdated, over the hill adventurer whose wayward tactics and askew moral compass, get himself and his crew into more trouble than any of them bargained for.

The film uses stop motion animation intertwined with the live action footage to create a colourful and authentic impression of life above and below the sea. The rich cast of familiar as well as unfamiliar faces comprise the crew of the Bellafonte (Zissou’s ship), as we follow them on a revenge mission to hunt down a rare shark that ate one of their own in a previous encounter.

The story focuses on the relationships between the crew members and how their adventure brings them together and tears them apart simultaneously. There’s action and calamity alongside a healthy dose of comedy. Bill Murray shines as the crazy-eyed Captain Zissou and there are strong supporting performances from Wilson, Cate Blanchett, Angelica Houston, Willem Dafoe and Jeff Goldblum.

The Darjeeling Limited follows three brothers Francis, Peter and Jack (Owen Wilson, Adrien Brody and Jason Schwarzman) on a spiritual journey by train across India. Originally touted as a trip of self-discovery, it is revealed that the oldest brother Francis intends for the brothers to seek out their mother who is in retreat at a monastery in the Himalayas. This does not sit well with the other two who proclaim to have no desire to see her. Francis soon annoys Peter and Jack, being overly controlling and the three soon begin to quarrel with one another as the train ploughs on through the beautiful Indian landscape.

This is a story of family, loss and abandonment that captures a hilarious snap shot of three men linked by blood, who seemingly have little else in common. On the journey, we discover details about all three that reveal traits and idiosyncrasies that they share, bringing them closer together albeit without a conscious effort on any part.

The film is a mixture of comedy and tragedy and contains all the usual Wes Anderson trademarks. The colourful mise en scene, the esoteric soundtrack, the familiar cast of players and the penchant for romanticism that lie at the heart of all his films. This is a ‘road movie’ with a difference, a ‘train movie’ if you will, that captures the dynamic of three brothers, who as grown men have not yet learned how to deal with their past, as they travel together into an unknown future.

Ralph Fiennes leads a stellar ensemble cast in this hilarious tale about a once magnificent hotel that sits in the fictitious Republic of Zubrowka. Based on old pictures of alpine hotels and the novels of Stefan Zweig, The Grand Budapest Hotel explores the themes of friendship, nostalgia, fascism and tragedy.

Fiennes plays Gustave H. the concierge at the popular hotel who is framed for the murder of one of his patrons after she bequeath’s him a priceless painting in her will. Assisted by his loyal protege Zero (Tony Revolori), Gustave attempts to avoid capture and prove his innocence as he is mercilessly tracked down and persecuted by the patron’s surviving son, Dmitri (played by Adrien Brody).

A truly epic film, The Grand Budapest Hotel is an incredible achievement from beginning to end. The cast is expansive and contains usual Anderson alumni Willem Dafoe, Jeff Goldblum, Edward Norton, Bill Murray and Owen Wilson, alongside new faces such as Saoirse Ronan and F. Murray Abraham. It made the most money of any of Anderson’s films to date and was nominated for nine academy awards, winning four of them.

A departure from live action, Fantastic Mr. Fox is a stop motion animation film based on the Roald Dahl book of the same name. The titular character is voiced by George Clooney who is joined by Meryl Streep, Bill Murray, Owen Wilson, Willem Dafoe and Jason Schwarzman in a cast of furry characters that move, dress and talk just like humans.

Mr Fox is a clever thief who becomes the target of three farmers; Boggis, Bunce and Bean – after they grow weary of him for stealing from their land. What ensues is a battle of wits between the animals of the neighbourhood and the three begrudging farmers. Embracing a subterranean existence, the Fox family and their various friends intend to tunnel their way to victory in this hilarious adaptation of the classic children’s book.

Despite being entirely animated, the typical Wes Anderson style is prevalent throughout. The camera moves and set dressings are typical of his live action productions and the dry and sardonic sense of humour prevails to great effect. Anderson has recently made another animated film called Isle of Dogs (2018) which has been produced in a similar fashion. With the inclusion of the stop-motion animation in films such as The Life Aquatic with Steve Zissou (see above), one can consider this particular technique to be a firm favourite in the arsenal of this master of contemporary cinema.

Think we’ve missed any out or not included your favourite Wes Anderson movie? Then let us know in the comments below.