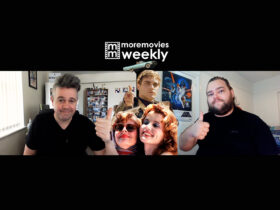 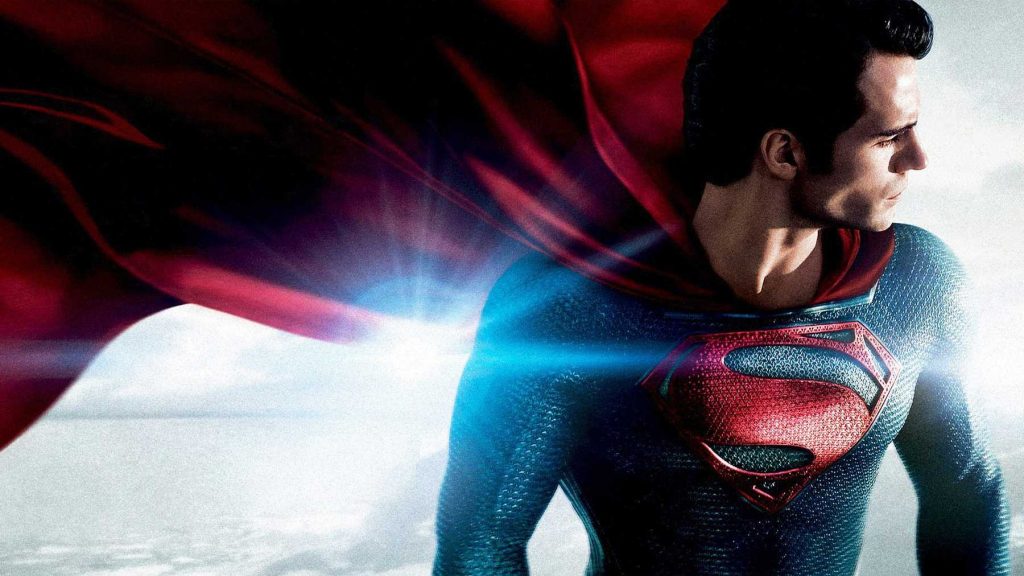 Superman is back and the good news is that this is his best cinematic outing since 1980. 2013’s Man of Steel sees a welcome return to the big screen for everyone’s favourite Kryptonian.

Superman was the first comic book character to make the critically and commercially successful transition from the page to the big screen. A multi-million dollar blockbuster directed by Richard Donner, boasting a classic John Williams score and starring then newcomer Christopher Reeve who made the role his own by playing both the super heroic man of steel and awkward journalist Clark Kent to perfection. Reeve to Superman is like Connery to Bond with the addition of being more faithful to the source material. In fact out of all the superheroes only his DC stable mate Batman has reached the same lofty heights of success in twentieth century cinema. The two hero’s initial film series ran very similar trajectories in that they both started strong before a decline into increasingly camp territory. Superman’s culminated with 1987’s Superman IV: The Quest for Peace which stopped the series dead, a full two years before Tim Burton’s Batman was released. In 1997 Batman & Robin finished the Dark Knight’s initial film series in much the same way Quest for Peace did for Superman, albeit with a bigger budget, greater commercial success and Arnold Schwarzenegger.

However this is where the DC stalwart’s filmic parallel ends. 2005 saw the release of Batman Begins which rebooted the franchise and launched a whole new series of films. In 2006 Warner released Superman Returns which continued the original film series with a new cast and ignored Superman III (the one with Richard Pryor) and IV (the one with Nuclear Man and a building in a Milton Keynes industrial estate standing in for The United Nations headquarters). The result was mixed and it gave new Superman Brandon Routh the ominous task of trying to impersonate Reeve as opposed to making the character his own. Kate Bosworth faired even worse as Lois Lane, the film was short on action and  Kevin Spacey continued one of the original film’s few faux pas, by following in Gene Hackman’s footsteps and giving a hammy portrayal of Lex Luthor by which he come across as a bumbling matinee villain instead of the evil nemesis of a superhero. The film was a critical and commercial success but divided audiences and Warner decided to reboot the series altogether.

This brings us to the main feature of this review; Man of Steel. With production credits that include Christopher Nolan (Dark Knight Trilogy) as producer who is also credited as co-writer alongside David S. Goyer (Blade and Dark Knight trilogy) and directed by Zack Snyder (who after directing Watchmen and 300 is becoming somewhat of a comic book film auteur), it is fair to say Man of Steel shoulders some hefty expectations and I’m pleased to say for the most part it delivers.

The film starts on the doomed planet Krypton where Jor-El is trying to evacuate his new born son Kal-El to safety along with a genetic codex of the Kryptonian race, much to the dismay of General Zod who fails to stop Kal-El’s escape and murders Jor-El. The council of Krypton banish Zod and his followers to the phantom zone but soon after Krypton is destroyed. Years later we are introduced to Clark who is working on a fishing boat where he saves a crew of roughnecks from a burning oil rig. The story of Clark’s youth is told through flashbacks throughout the film. The government has discovered a Kryptonian spaceship in the arctic which introduces us to Lois Lane who is also investigating it. Zod eventually arrives, he has escaped the phantom zone due to Krypton’s demise and he demands that Kal-El surrenders to him in exchange for him leaving Earth in peace.

Man of Steel’s Krypton set opening is one of the film’s strongest scenes. Russell Crowe is superb as Jor-El who plays the role with gravitas and physicality in a performance far richer than that of Marlon Brando’s incarnation of the character previously. Through his scenes on Krypton, the viewer is given a much better idea of the character’s status on the planet as a brilliant scientist and an able warrior which is highlighted in his fight with Zod. Krypton itself is also given far more depth than it has received before due to the excellent CGI world that it presents as well as the back-story and conflicting motivations of its inhabitants, namely Jor-El, Zod and the council.

I applaud the writer’s decision to introduce Clark as a grown man and show his childhood through flashbacks as it feels like a fresher approach to story telling in the already cluttered superhero genre. Kevin Costner is excellent as Jonathan Kent, as with Field of Dreams, Costner is a farmer who doesn’t appear to do much farming as he’s preoccupied by the other fantastical goings on in his life. Looking weather beaten and pained, his world weary advice provides a guiding light that helps Clark navigate through his troubled youth. This role, although small is possibly one of the veteran star’s strongest performances. Diane Lane is solid as Martha Kent showing the right amounts of warmth and concern and does what she can with the small role. Henry Cavill asserts himself well as Clark Kent who spends the first half of the film as a conflicted outcast who is trying to find his place in the world. We’re not given the adult Clark Kent we’re accustomed to, however the film’s end points the character in this direction for the sequel. As Superman himself Cavill nails the character and looks perfect as the chiselled superhero exuding power and grace.

Through the destruction of Krypton to the exploits of young Clark Kent, the first half of the film delivers its fair share of action. However it is the re-emergence of General Zod in the feature’s second half where the action really ramps up. In the tradition of the earlier films, Zod is still the series strongest villain. Michael Shannon gives a powerful performance as Zod whose destructive actions are given a purpose which the character lacked in his previous appearance and makes the villain that much more threatening as the audience is now privy to what the character has at stake. The two major set pieces that involve Superman are both excellent, however the length of the first  fight with Zod’s soldiers does go on a little too long and as a result does somewhat detract from the final showdown. The other major problem I had with the second half of the film is that there are so many characters involved in the story that the film loses some of its focus on the title character. Too much time is spent split between the military, scientists and The Daily Planet. Lawrence Fishburne plays Perry white and whilst I believe he is an outstanding actor, he isn’t given much to do in the film other than the standard chastising of Lois Lane. As for Lois, the character does not receive the attention that the other films gave her and the Clark Kent/Lois Lane dynamic is not yet in full swing. Amy Adams has a lot less to do here than Margot Kidder did in Superman’s first outing but from what I’ve seen Adams handled herself admirably and I look forward to seeing her reprise the character in the future.

Ever since I saw the first trailer for Man of Steel I was unsure about the film’s look. The muted grey, blue tones give the film a darker look which are all well and good for the world of Batman, but don’t feel quite right for Superman. I accept that the filmmakers are trying to establish a new series and the look could even be a representation of the way we view the world today with uncertainty, but despite this I still don’t think its right for the material. Also of note Hans Zimmer’s score is very good despite not having the instantly recognisable John Williams theme that featured in its predecessors.

Personally I still think Christopher Reeve is the definitive Clark Kent/Superman but Henry Cavill has certainly made his mark. Featuring a strong cast in particular Crowe, Costner and Shannon, and with the comic book movie dream team of Snyder, Nolan and Goyer behind the camera, Man of Steel has all the potential to be the start of something special. Overall it’s not perfect, but it is a solid summer blockbuster that has established the start of a new series well and I for one am interested to see where Clark Kent and Superman will go next.

What do you think? Did we get it right? Let us know in the comments.