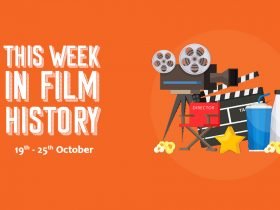 The cinematic journey of American filmmaker Terrence Malick has been one that has taken the road less travelled. Beginning his career in the 1970s, Malick made two incredible movies before quitting the business, only to return almost two decades later. His work has been criticised by some who have been disgruntled with the lack of emphasis on narrative and plot, leaning more towards the artsy, philosophical side of filmmaking.

For others, this is Malick’s true strength and has led to him being heralded as a genius by many. Whatever your opinion on the man’s body of work, one would have to admit to there being a strong individualistic nature to Malick’s output that clearly defines his work as singular and incomparable.

“I film quite a bit of footage, then edit. Changes before your eyes, things you can do and things you can’t. My attitude is always ‘let it keep rolling.'”

Despite beginning his work as a filmmaker nearly 50 years ago, Terrence Malick only has ten feature film credits as a director, due in no small part to his hiatus during the 1980s and most of the 1990s. Due to the lack of an extensive back catalogue, it has been a little bit easier for us to select our five favourite Terrence Malick films. Having said this, we are firm believers in the old adage of quality, not quantity and strongly advise seeing as many of Malick’s films as you can.

As always, our selections are not ranked but presented chronologically…

Terrence Malick’s debut feature film was Badlands (1973), starring Sissy Spacek and Martin Sheen as a young couple on the run from the law after a series of murders is committed by Sheen’s character. Internationally acclaimed after its release, this movie is rightly considered to be one of the greatest films ever made and is often cited as an excellent example of the New Hollywood cinema movement due to its independent production. With stunning cinematography, use of voice over and complementary music, this film will forever define Malick’s unique filmmaking style.

Inspired by real-life killers Charles Starkweather and Caril-Ann Fugate, this tale of crime and love begins in a dead-end town. Teenage girl Holly angers her father when she begins dating an older and rebellious boy. After a conflict between Holly and her father erupts in murder, the young lovers are forced to flee. In the ensuing crime spree, they journey through the Midwest to the Badlands of Montana, eluding authorities along the way.

Following on from the resounding success of Badlands, Terrence Malick began work on Days of Heaven (1978) which would be his second feature film. Despite being derided by some critics at the time who thought the movie was unfocussed and over-indulgent, it has since become recognised as a modern classic.

The cinematography makes impressive use of natural light and is influenced by the paintings of Andrew Wyeth and Edward Hopper. The quiet, philosophical mood is underscored by excellent performances from Richard Gere, Sam Shepard, Brooke Adams and Linda Manz. Malick would not direct another film for almost two decades.

A screen poem about life in America at the turn of the century. A story of love and murder told through the voice of a child and expressive images of nature in 1916. A steelworker flees Chicago after a fight with his boss; he takes his little sister and girlfriend with him.

This was a triumphant return to filmmaking for Malick, with the movie receiving various award nominations internationally and several wins, including the Golden Bear Award at the Berlin International Film Festival.

In 1942, Private Witt is a U.S. Army absconder living peacefully with the locals of a small South Pacific island. Discovered by his commanding officer, Sgt. Welsh, Witt is forced to resume his active duty training for the Battle of Guadalcanal. As Witt and his unit land on the island, and the American troops mount an assault on entrenched Japanese positions, the story explores their various fates and attitudes towards life-or-death situations.

One of Terrence Malick’s most radical productions, The Tree of Life (2011) starred Brad Pitt, Jessica Chastain and Sean Penn and was based on an idea Malick had in the 1970s, which he described as “a history of the cosmos up through the formation of the Earth and the beginnings of life.”

This project was known as ‘Q’ and eventually developed into the documentary film Voyage of Time: Life’s Journey (2017), with some of the ideas utilised for The Tree of Life. Malick shot the film using a steady camera with as little artificial lighting as possible, often veering away from the script in order to capture “moments of truth”. An unforgettable cinematic experience.

In this highly philosophical film by acclaimed director Terrence Malick, young Jack is one of three brothers growing up as part of the O’Brien family in small-town Texas. Jack has a contentious relationship with his father, but gets along well with his beautiful mother. As an adult, Jack struggles with his past and tries to make sense of his childhood, while also grappling with bigger existential issues.

A more structured work than some of Malick’s previous films, A Hidden Life (2019) tells the real-life story of an Austrian conscientious objector who took a stand against the Nazi Party by refusing to fight for them in the Second World War. Wishing to remain faithful to the subject matter, Malick worked much more closely with the script than usual.

His trademark use of stunning visuals is still a predominant feature of the movie, and the central performances from the leads, August Diehl and Valerie Pachner, are excellent. This film also marks the final performances of legendary actors Michael Nyqvist and Bruno Ganz.

Based on the true story of Austrian farmer Franz Jägerstätter, a man who faces the threat of execution for refusing to fight for the Nazis during the Second World War.

So, that’s it… Our Top 5 Terrence Malick Movies!

Think we’ve missed any out or not included your favourite Terrence Malick film? Then let us know in the comments below.